The First Meeting of the year has been set folks.  Yes, it's the time again.  Parents and youth are invited to come out Sunday September 13th at 7pm.

We'll be talking about the upcoming year, the Gathering, fundraising, as well as other stuff, so please come out. 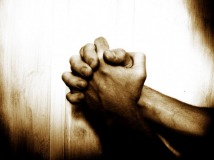 We've been talking a lot about prayer in Confirmation and Youth Group.  Below are the 5 types of prayer, and some creative prayer ideas.  You can also visit http://www.creativeprayer.com for some ideas.

CREATIVE IDEAS
1. Listen to praise and worship songs on your MP3 player
2. Draw or paint a picture that expresses how you're feeling
3. Every time you go to shoot a puck or kick the soccer ball, pray for the other team
4. Go for a walk or a run
5. Pray using Scripture, especially the Psalms
6. Use the Grip Prayer - laying down, close your eyes, clench your fists and imagine holding on to all your troubles.  Then turn your hands over so they face downwards, and image God's hand beneath yours and release all your troubles, letting go, and letting them fall into God's hands
7. Print out your favourite Scripture or prayer and tape it up in your locker or next to your bed and recite it at least daily
8. Be silent
9. Change your internet passwords often to people's names.  Everytime you log in to a site, pray for the person who is your password
10. Write anonymous prayer notes and leave them in friends lockers or mailboxes 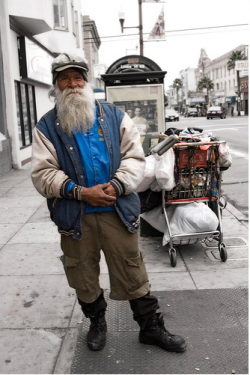 WHEN: August 19-22, 2010
WHERE: London, Ontario
WHAT: In addition to the Gathering, we'll be doing an Urban Mission Trip

What is does Urban Mission mean?

We as believers are called to be Christ's hands and feet in a world so desperately in need of God's love.  Sometimes, missions means to share that love verbally and sometimes non-verbally.  Mission means to spread that love in whatever way is needed.

An urban mission does this in a city setting.  Often, you'll hear of missionaries who go to small towns or villages, often in remote and underdeveloped areas of the world.  But Christ is needed in the developed areas too, like downtown Toronto, Vancouver, and even Edmonton.

Urban mission is Biblically rooted within Matthew 25:31-46.  We are called to clothe the naked, feed the hungry and shelter the homeless.  This is the basis of urban mission.  This can be done by volunteering at a soup kitchen, building Habitat for Humanity homes or spending time at a youth shelter.

This year, when we go to the gathering, we will also be participating in an urban mission in Toronto the week following the gathering.

Keep your eyes and ears open for more information